MASTER
Home
About
Get There
Tickets

By JazzKnights and Blackberry Jazz Productions (other events)

Come check out this wonderful addition to our line-up and long time staple on the jazz scene in the DMV, the one and only Bill Heid! Treat yourself to a great evening of music. You deserve it! Oh yeah, the Italian cuisine is excellent as well and the price is right!

ABOUT BILL:
Born in Pittsburgh, keyboard/vocalist Bill Heid has performed throughout the U.S., Canada, South America, Europe, and the Far East, including a three year stay in Japan and nearly two years in China. From 1965 through the mid-70’s, he worked the Hammond B-3 organ “chitlin clubs” with his own groups and with jazz greats such as Sonny Stitt, David “Fathead” Newman, Grachan Monchur, Mickey Roker, Joe Dukes, Roger Humphries, Rodney Whitaker, Robert Hurst, Grant Green, Jimmy Ponder, Bruce Foreman, and Henry Johnson, appearing on two Johnson albums for MCA/Impulse.
From 1975 to 1984, based in Chicago, Bill toured with blues greats Jimmy Witherspoon, John Lee Hooker, Son Seals, and Fenton Robinson, playing on two albums with Robinson, two with Ko Ko Taylor, and another with Roy Buchanan for Alligator Records.

From 1984 through 1999, Heid lived and worked in Detroit, appearing on numerous records with Detroit blues artists Johnnie Bassett, Joe Weaver, and Alberta Adams, which included sessions for Fedora, Cannonball, and Black Magic Records, and two European tours. In 2000, he relocated to Washington D.C. and in 2002, his group toured Viet Nam, Indonesia, Sri Lanka, and Malaysia as Jazz Ambassadors for the U.S. State Department, returning to those countries for an extended tour a year later, then backed vocalist Jay Klum on another Ambassadors tour to five African countries in 2004.

Between 1996 and 2003, Bill recorded five organ group CDs for the Savant label, a piano trio record for Doodlin' Records, and in 2008 and 2009, two organ group CDs for Doodlin', both featuring guitarist Peter Bernstein. His keyboard work can also be heard on numerous European TV shows and in the U.S. on PBS documentaries and NBC's "Dateline" show. To hear some of Bill's music, go to www.myspace.com/billheidmusic and several performances can be viewed on "youtube". His E-mail address is: [email protected] 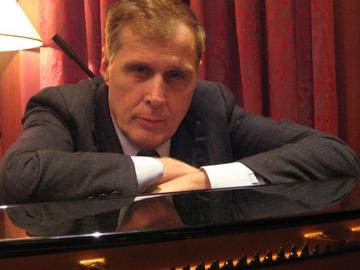 All sales are final, no refunds. Tickets are not transferable.

other events by this organization